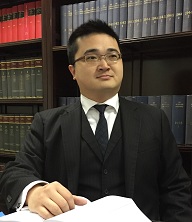 James is a general practitioner with a broad civil and criminal practice. He is bilingual and is available to take instructions to conduct cases in both English and Chinese.

James has particular interests in land law, company law, commercial litigation and human rights. He has been acting as an advocate, either as sole counsel or led junior, in different levels of the court system, ranging from magistracies to the Court of Appeal. James also represents professional clients in appeal boards and regulatory / disciplinary tribunals. Apart from advocacy, James regularly conducts advisory work.

Re Pro Curve Ltd
HCCW 150/2015 (CFI)
Acted as sole counsel in representing a minority shareholder in company winding-up proceedings based on just and equitable grounds.

Solve-Pro Scientific Research Limited v Zhou Kang
HCA 310/2013 (CFI)
Acted as sole counsel in representing the board of directors of a company against a director for alleged breach of trust and commercial fraud.